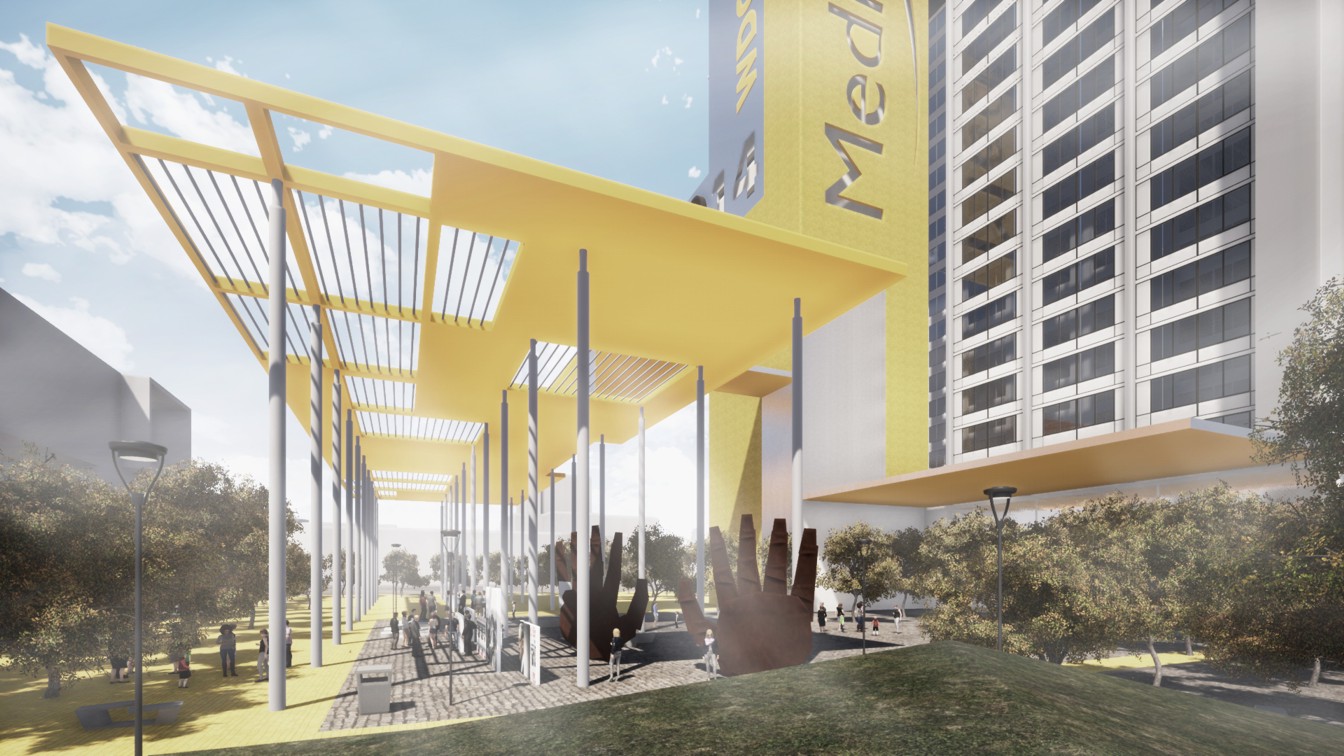 South African cities in general, including the foreshore of Cape Town were dominated in the

period from the 1960’s until recently by high rise buildings. This building typology can be

defined by a model representing maximum rentable space, versus building footprint, with the

result that the rentable model became the only criteria of defining a successful building. This

model from the 1960’s left behind a series desolate, inhumane and unusable city spaces

devoid of human activity. Furthermore parking requirements needed to cater for this model

only exacerbated the problem. The Sanlam Centre building of 1962 dates from this era, and

apart from being a very tall landmark expressing faith in the future, has made little

contribution towards providing a pleasant and usable cityscape in the immediate vicinity.

24 Building, and attempt to identify opportunities within what is already been implemented

believe that by simply cladding the building will only allow for visual stimulus, but will not

make a remarkable contribution to improve the quality of the immediate surroundings. The

Convention Centre, ties in with the proposed developments on the vacant lot on the east

lined boulevard will establish and reinforce this connection.

Giving the City back to the People:

building is making by means of a partial cladding that extends down to the “city floor”, thus

linking the building to the city at a pedestrian level.

planned pedestrian avenue which again links all the proposed precincts.

The plaza will be covered by a lightweight structure with coloured sheets, which can be

illuminated by night. The latter will provide protection against sun and rain.

be a massive art installation. The idea is that local street artists and anyone interested can

make a contribution to this artwork, which will reflect interpretations of milestone media

events over the last 60 years and in particular the founding of a democratic South Africa.

meander, spend time, song and dance and take part in normal activities of a humane and

liveable city that includes all groups of society.

On a larger scale, the end of Walter Sisulu Avenue will terminate visually in an overly large

metal silhouette profile of the face of Walter Sisulu, celebrating his contribution to a

democratic South Africa. This artwork will also be illuminated by night. The contrast between

artwork and building background is deliberately subtle, so that the landmark functions

visually on a city scale and will not compete with the existing Bartolomeu Dias sculpture, in

the centre of the existing traffic circle.